Decision tree problems show more promise. These problems require the thinker to pursue multiple independent analyses of the problem and then see if there is any commonality in the conclusions. For example, the knight vs. knave problem requires the thinker to begin by allowing inhabitant A to be both a knight and a knave (Figure 2). Only by pursuing both decision branches and determining that they both share the same result is a conclusion to the problem possible. This problem was a significant predictor of academic success.

Problems 2 and 10 are also examples of this type of problem but did not show statistical significance. These problems were replicated from Toplak and Stanovich’s study in which the two deductive conclusions were presented but participants were also given the option to claim that no solution was possible (2002). This option was not presented in Problem 7. As a result, 91% of participants chose this option when confronted with problem 2 and 74% chose it as their solution to problem 10. Stanovich, Toplak and West have since referred to this behaviour as “cognitive miserliness,” the phenomenon that when solving a problem becomes “expensive” in terms of cognitive effort, many people give up rather than work out the possible conclusions (2008).

If this option wasn’t presented in these questions, it is likely that participants would have felt forced to work through the problem to the point where they could decide upon a conclusion instead of choosing the cognitively miserly option. 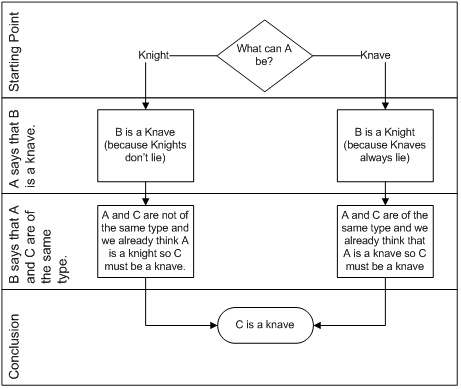 ‹ Gaming Problems up Rule Based Deduction ›