Students’ self-assessment of time management practices and ability was also compared to academic performance. This analysis involved two phases. In the first phase, the participants’ assessment of their own time-management skills and abilities as measured from the first 11 questions were correlated to their academic performance. However, this relationship was not found to be significant (-.146, p=0.403). In the second phase, participants’ estimates of the time they spent on a variety of recreational activities were also collected. A frequency chart showing the number of students who reported engaging in the different activities is shown in Figure 1. This chart compares the median values of time spent per week for each activity with the number of students reporting that value.

Figure 1: Frequency of students participating in various recreational activities by hours spent per week in each activity. 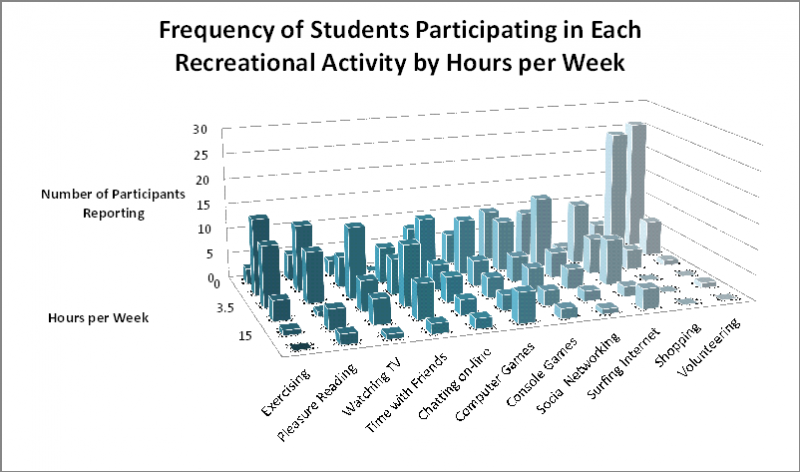